It’s time to turn our clocks back again.

And it’s time to vote.
I can’t help wonder what our nation will do on Tuesday, November 8 – fall back or spring forward. Surely, God already knows. He may use this new leader to bless our nation or bring judgment, as He has done so many times throughout history.* We as a nation have turned our back on Him and walked out from under His divine protection, so He has every right to bring judgment if He chooses.
Against you, you only, have I sinned and done what is evil in your sight,
so that you may be justified in your words and blameless in your judgment.
Psalm 51:4
But, if we’ve humbled ourselves and prayed and genuinely sought Him and turned from our wicked ways, He will heal our land (2 Chronicles 7:14) and bring blessing. I guess time will tell.
One thing I know – He uses imperfect people to fulfill His purposes. He has no choice – we’re all imperfect. Just look at the characters He used in the Bible:
Abraham was as old as dirt
David was an adulterer and murderer
Isaiah preached naked (Oh my!)
Jacob was a liar and a cheater
Job went bankrupt
Jonah ran away from God (and ended up in a whale lot of trouble!)
Matthew was a cheating tax collector
Noah got drunk
Peter denied Christ three times
Rahab was a prostitute
The Samaritan woman was divorced several times
Samson was a womanizer
Saul vehemently persecuted Christians
And hey, Lazarus was even dead. 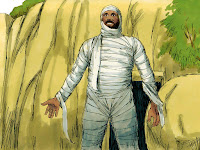 Someone back then must have first coined the phrase, “God doesn’t call the equipped, He equips the called.”

And Jesus came out of a line of craziness and certainly wasn’t what they expected as their “king.” Imagine what these people looked like to society. Do you think the people would have voted for any of them?

(Actually, the people voted against Jesus. They chose Barabbas, a criminal, instead – Luke 23:18. Ponder that one for a while.)

God has a plan and He uses people, flawed as they are, to fulfill His plans. Even me. Even you. Even our two candidates.
Look at these many scriptures which attest to this fact:

No one … can exalt themselves. It is God who judges: He brings one down, he exalts another. Psalms 75:6-7

The king’s heart is like a stream of water directed by the LORD; he guides it wherever he pleases. Proverbs 21:1

Jesus answered [Pilate], “You would have no power over me if it were not given to you from above.” John 19:11

Then God removed Saul and made David their king… Acts 13:22

…for there is no authority except that which God has established. The authorities that exist have been established by God.  Romans 13:1

But even though He puts leaders in place, He uses us to do it. If no one voted, how would they get there?
But, I don’t want to be one who does not seek His guidance.

Hosea 8:4 says, They set up kings without my consent; they choose princes without my approval.

So that bids the question, of who would He approve? How would He guide?
We can’t look at the candidates only because we know they’re both flawed, and we know God uses flawed individuals. So that leaves the issues. Which issues line up most closely with His Word? I believe we’ll be accountable.
Second Corinthians 5:10 tells us every person will be judged for their deeds.

We simply cannot go wrong voting biblical values because, if God is our Lord, Psalm 33:12 says we will be blessed.

And 2 Chronicles 7:14 says that if people repent and seek Him and His ways, He will heal their land. It doesn’t say to seek economic security or military safety…

Matthew 6:33 says if we seek first His Kingdom and His righteousness, all our needs will be taken care of.

The wicked will not rule the land of the godly… Psalm 125:3

Psalm 127:1-2 – Unless the Lord builds a house [a nation, a marriage/family, a business] the builders labor in vain; unless the lord protects a city, guarding it with sentries will do no good.

And – how joyful are those who fear the Lord–all those who follow his ways. Psalm 128:1

Blessed is the nation whose God is the LORD. Psalm 33:12 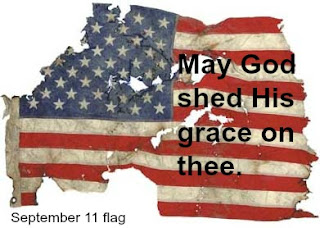 As I wrote about in last week’s blog, there is no superhero who is going to make everything all right. Psalm 146:3 tells us, Do not put your trust in princes, in human beings, who cannot save.

No, we must put our hope in the LORD and in His ways. Then we can be assured God will shed His grace on our nation and we will not fall back.

Let’s never stop praying for our beloved America. My last few blogs were about praying scripture for our nation. This week, let’s pray Psalm 130 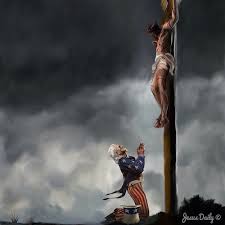 Out of the depths we cry to you, O Lord!
2     O Lord, hear our voices!
Let your ears be attentive
to the voice of our pleas for mercy!
3 If you, O Lord, should mark iniquities,
O Lord, who could stand?
4 But with you there is forgiveness,
that you may be feared.
5 We wait for the Lord, our soul waits,
and in his word we hope;
6 our soul waits for the Lord
more than watchmen for the morning,
more than watchmen for the morning.
7 O [America], hope in the Lord!
For with the Lord there is steadfast love,
and with him is plentiful redemption.
8 We pray you will redeem [America]
from all her iniquities.

Let’s pray continuously and fervently (and fast, if possible) for this wonderful country from now until the election, and after as well.

May God bless the USA!

Thanks for stopping by my blog. I appreciate your time and pray it’s been a blessing to you. You can receive notification when I post a new blog by pressing the “follow” button by my picture. And I’d love to hear from you in the comment section and/or by commenting on Facebook or Twitter.

I am writing a six-week Bible study called Pursuing God in P.R.A.Y.E.R. – Six Steps to Prevailing Prayer. I would love to share the first week with you free and keep you posted of publication. Just send me an email at lifecoachpenny@yahoo.com and mention the code FREE1st.